In view of the “VinNatur Tasting Norway” held in Oslo on Tuesday 19th November, the results were announced of the first step of research conducted by the team from the Clinical and Nutrigenomic Nutrition Section of the University Tor Vergata of Rome. 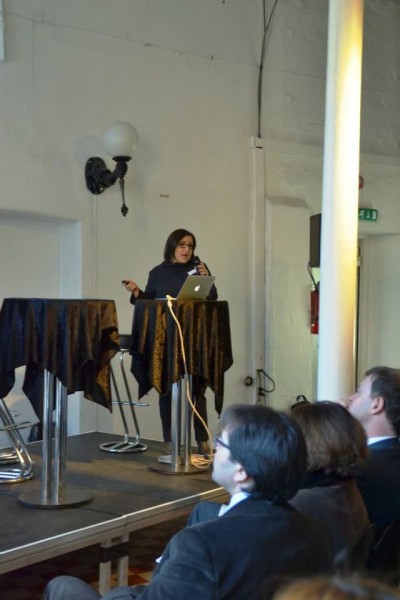 The “VinSalut project is the first research in Italy into the effects of wine on human health, in relation to the different methods of cultivation of the vines and of winemaking; an important step which provides a chance to give scientific backing to suppositions which until now had no foundation.

Laura Di Renzo, the coordinator of the project, began her speech by specifying how the negative effects of ethanol contained in any wine were not at all to be underestimated and how for this reason, the recommended maximum daily dose is two wine glasses full during mealtimes.

Sulphites too, have a fundamental role to play on health as it has been established that the human body when healthy can tolerate a maximum of 0.7 mg per kg bodyweight; Sulphites are used in 90 % of industrially produced products for human consumption, as preservatives.

A reduced intake, thanks to the consumption of wine without sulphites, ensures the chance of remaining under the body’s level of tolerance. In addition, it has been found that sulphites are responsible for digestive problems (they inhibit the proteolytic action of pepsin), for migraines after drinking and for connected skin rashes, due to the release of histamine, as well as being responsible for accelerating pre-menstrual symptoms due to the reduced assimilation of thiamine.

Let’s move on now to the key part of the research: the first results were obtained by administering to a statistically scientific number of subjects, two wine glasses of natural wine, paired with a Mediterranean diet rich in anti-oxidants and to another group of subjects a conventional wine instead, paired with the same diet. To two further groups the sae amount of wine was administered but together with a diet rich in oxidizing fats (fast food). All this for a two-week period. By comparing the blood test results carried out before and after the administered food and drink it was observed that the consumption of natural wine with a low sulphite content reduces the oxidization of low density lipoprotein (LDL) which transport cholesterol, known as bad cholesterol, and therefore entailing a reduced cardiovascular risk. This positive effect naturally increases when a healthy balanced diet, rich in antioxidants is followed. By studying the expression of genes connected to oxidative stress and detoxification, the consumption of low sulphite wine improves liver detoxification and helps to combat oxidative damage.

It was observed that resveratrol (an important antioxidant) and some stilbenoids are present in greater quantities in those wines which have suffered less external intervention, both on the vineyard and in the winery.

A considerably positive first step has been taken, one which will certainly bring important developments in the future as it is most definitely in our interest not to stop here!