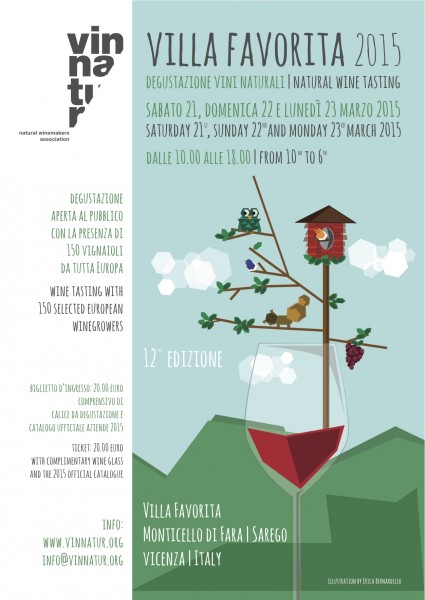 From 21st to 23rd March 2015 VinNatur will celebrate those wines that say no to chemicals with the yearly fair that unites its associate producers from all over Europe at Villa la Favorita in Sarego (Vicenza) VILLA FAVORITA, considered as the Italian natural wine fair, will be held for the twelfth time on SATURDAY 21st, SUNDAY 22nd and MONDAY 23rd MARCH 2015. The event, which is organised by VINNATUR – Associazione viticoltori Naturali (Natural Winegrowers? Association), is held every year and is a moment for meeting enthusiasts and consumers of wine made using natural grape growing systems. Its main objective is sustainable production that respects the soil, the microcosm of each vineyard and the health of not only those who cultivate the plants, but also of those who enjoy its fruits. This exhibition is held on the unique stage of the 17th century Villa La Favorita, the work of Francesco Muttoni, which elegantly stands on the summit of Monticello hillock, in Fara, Sarego, in the province of Vicenza. Approximately 140 VinNatur associates will be present, coming from various regions in Italy and other European countries, in particular from France and Spain. The opening times are from 10.00 to 18.00 on Saturday 21st and Sunday 22nd, and from 11.00 to 18.00 on Monday 23rd. The entrance fee is 20.00 Euro, and includes a catalogue and a wineglass for tasting the wines that are presented. As usual, the wines can also be bought directly from the producers? tables. The TASTING ROOM, which was very successful last year, has been confirmed. It is a special room reserved for sector operators such as buyers, distributors and confirmed press who, when inside, can concentrate on professional tastings away from the general hubbub outside and without hurrying. In the steps of tradition, special attention will be given to the culinary side of the event. Not only thanks to artisans who will display, give tastings of and sell their typical delicacies, and the high level food service, but also thanks to the contribution of Esmach (www.esmach.com), which will set up a bakery that works on-site to produce fresh bread continuously using starter. This bread will be used at the tasting tables to accompany the wine tastings. The novelty for 2015 is the increased shuttle service, both to and from the Montebello Vicentino railway station, to favour the use of alternative means to the car, and which is in line with the sustainable approach promoted by VinNatur. It is an approach that was interpreted in a fresh and happy manner by the symbol image of the 2015 edition. Thanks to its great communicative promptness, the illustration, the work of ERICA BERNARDELLO a young student from Casarza Ligure (Genoa), won the Villa Favorita section of the online competition which this year received more than 30 proposals from talented and creative young people. Brief event info Dates: Saturday 21st, Sunday 22nd and Monday 23rd March 2015 Place: villa La Favorita – via Favorita 6, Monticello di Fara, Sarego – Vicenza Times: Saturday 21st and Sunday 22nd from 10.00 – 18.00, Monday 23rd March from 11.00 to 18.00 Entrance: 20.00 Euro, catalogue and wine tasting glass included For those arriving by train: Montebello Vicentino railway station – shuttle service For those arriving by car: specific parking area for exhibition visitors 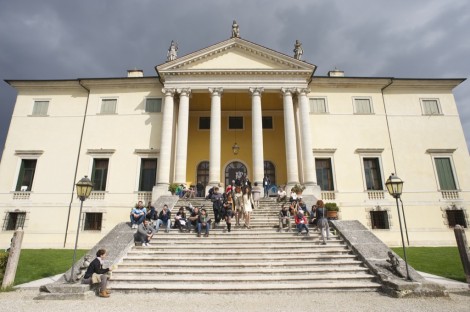 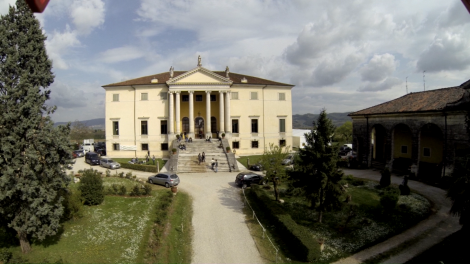 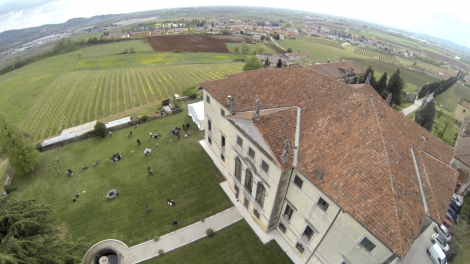 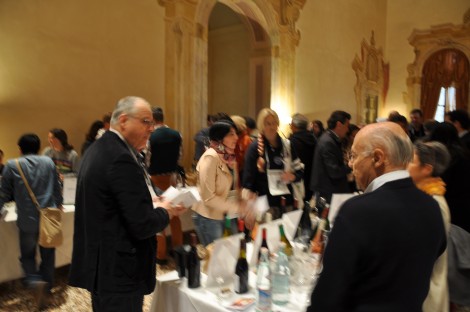