The Association VinNatur not only focuses on the organization of events dedicated to the promotion and understanding of natural wine. Every year we organize thematic conferences, studies are carried out on soils and winemaking techniques and, for the past three years, VinNatur decided to analyze in depth the products of each associatein order to monitor compliance with delegated member companies.

In 2010, results were very satisfactory, since 91 wines, from a total of 111 samples were completely free from any kind of pesticides.

In 2011, instead, the analysis carried out have found 88 active ingredients of pesticides (in other words the presence of all types of chemicals available in commerce used for the care of the vineyard), the amount of sulfur dioxide (preservative per excellence of the wine) and the residue Copper metal.

It is an intensive and accurate labor that represents the most important process of “self-analysis” undertaken by an association of wine growers. This practice is meant to embody the will of VinNatur to operate in a transparent way with the utmost respect for consumers and professionals in the world of wine.

These tests are designed to raise awareness of both producers and consumers on the use of certain chemicals used in agriculture; it is worth remembering that these practices, besides damaging human health, they cause leave residues in the vineyards creating serious ecosystem imbalances with losses of biodiversity and impoverishment of the soil.

The results of the analysis, concluded a few days ago may be summarized as follows.

On a total of 132 samples analyzed 110 were completely free from any type of pesticide, while the remaining 22 had only 1 active ingredient and just in some cases more than one.

The analysis of total sulfur dioxide (distillation method) showed that 35 wines appeared to have less than 10 mg / l of sulfur dioxide (the law in such cases allows to affix the label “DOES NOT CONTAIN SULFITES”), the remaining 97 wines were below 70 mg / l with a few exceptions that exceeded this level, in other words with values ??well below the average of conventional wines.

The monitoring of the residual copper showed, with great satisfaction, that in general, all the wines did not exceed the value of 0.5 mg / l; a very good result considering that the limit value by law is 2.0 mg / l.

Now, let’s see in details the results of the analysis:

These results can be considered positive, even in relation to those found last year. The average values ??can often be attributed to drift problems (pollution from neighboring vineyards) or from purchased grapes; so problems that are not attributed directly to the manufacturer.

According to the poster, and in the absence of clear and plausible reasons, the Board of Directors, will provide the ousting of those producers found with pesticides. In case of repeated pollution, the manufacturer will be automatically excluded from VinNatur association..

With this behavior the association VinNatur does not mean to be punitive against the producers, but merely to make them reflect; the use of pesticides often stems from the need to resort to a drastic remedy, to compensate for emergencies of loss of the crop, despite the awareness of environmental risks.

The goal for the coming years is to arrive at a knowledge and collective grow to allow the total no use of chemicals products by winemakers. 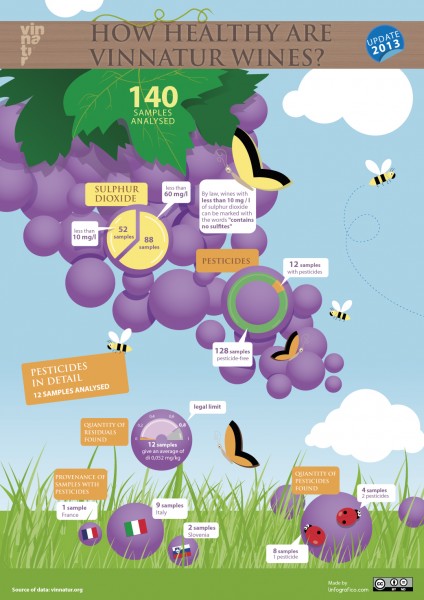 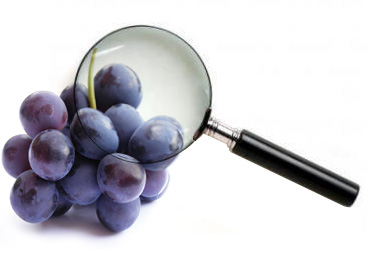