Objective: to reduce dependence on copper and sulfur

By 2016 it is likely that the use of copper for foliar treatments in the vineyard will be forbidden. This is so far the only product used to combat mildew (fungal disease that affects leaves and clusters) allowed in organic viticulture. The only alternative on the market nowadays is represented by endotherapy chemicals (that enter the lymphatic circulation of the plant) which affect the life processes of the plant and the surrounding ecosystem. Copper will be banned since it concentrates in the soil during the years; indeed this is a heavy metal that creates various problems of phytotoxicity and impoverishment of the biological activity (mushrooms and bacteria) of the soil. In many European soils this is a serious problem and the European legislation is trying to prevent the problem to become irreversible. At the moment we are trying to use products that limit the amount of copper released, such as Copper Gluconate, which needs lower doses of 80% compared to the copper as mineral.

Sulfur is used instead to combat powdery mildew, another fungal disease that affects the clusters of the vineyards. It has less impact than copper, indeed it does not create a dangerous residue in the soil. However, recent studies have established that the sulfur is harmful to many yeasts present in grape skin, and this determines a loss of Biodiversity and thereby a less unique aromatic profile of the wine.

Since 2011 VinNatur has been collaborating with the Experimental Centre for Sustainable Viticulture in Panzano in Chianti. Here, based on previous experiences, some natural molecules acting tonic (strengthener for plants) have been chosen to be tested in field trials set up in 5 different regions associated (in order to assess their potential in different environments with their native cultivars: Aglianico in Campania, Garganega in Veneto, Malvasia di aromatic Candia in Emilia, Nebbiolo in Piemonte and Sangiovese in Tuscany). In each of the producers’ vineyards will be tested 6 formulations against downy mildew, powdery mildew. Each experimental plan has been prepared according to the criteria of statistical phytoiatric, foreseeing the possibility to compare the results of the various products under study with a classical biological defense bio program (copper and sulfur) with the untreated without any product.

Despite the reduction of the impact on the environment, this trial aims at decreasing the total number of treatments with additional economic benefits and less soil compaction. But the greatest benefit is the fact that through these inducers of resistance the plant is no longer passively defended but it is called upon to defend itself actively. While the fungicide acts on the effects (because in fact you fight the aggressiveness of fungi), the strengtheners act on the causes, with the great advantage of increasing, along with the well-being of plant health, the quality of the products.

On the way to a more natural winemaking this trial represents an important step in creating a production model which takes into account the man and the environment.
The work on the ground
With a good balance of the soil most of the problems can be definitely solved. Many diseases indeed result from chemical and biological imbalances of the soil. The latter, since the early twentieth century, has been the subject of numerous studies aimed mainly at enhancing productivity neglecting fertility.
This has led to an impoverishment of organic matter and humus becoming a very serious problem in the last few years. Without a stable and rich microbial life, the ability of plants to absorb all the trace elements of the soil necessary for its development drastically decreases and consequently decreases the resistance to disease.
With the recovery of ancient processing techniques, for example, the distribution of manure or compost and intercropping (planting of cereals or leguminous plants in the rows), you can restore this broken balance. These are very simple and familiar practices but with modernization and the use of chemical fertilizers these techniques have been lost in the last century. Greater attention goes to the ground and goes to microorganisms that live there: fertilization with compost plant rich in carbon and low in nitrogen and autumn sowing in alternate rows of cereals or legumes.

This promotes the natural oxygenation of the soil, increases biodiversity and ecosystem of microorganisms useful to balance the plant’s demand for water and nutrition. The goal is to get more and more explored soils, rich in organic matter and minerals easily absorbed by the grape-vine, in order to have a more resistant plant to disease and with a production consistent with the plant’s abilities. 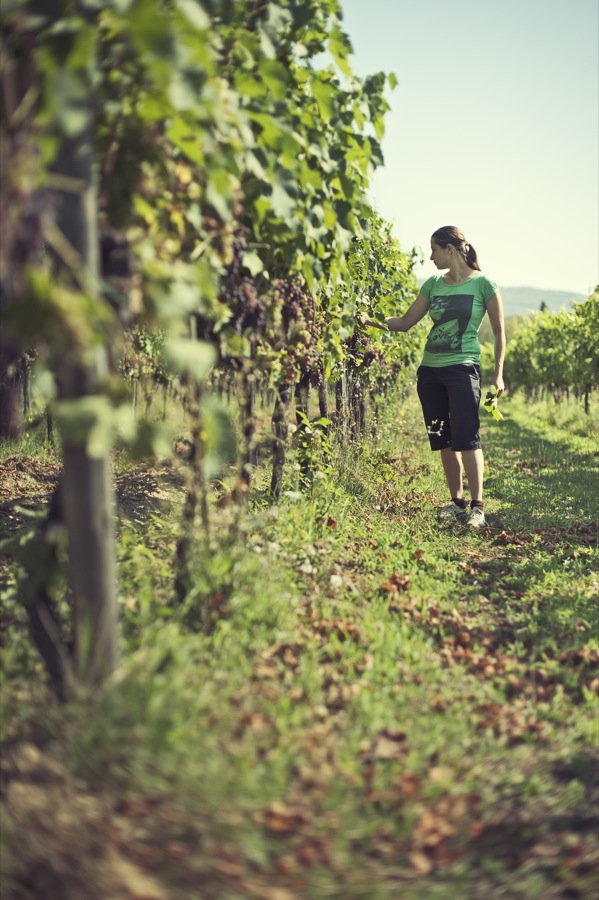