It has been a while since ‘natural wine’ has become a popular issue, in Italy but even more abroad. Yes, because the topic has moved with great excitement even in the States where the supporters of this method of production are many. The trigger that led to this debate is a quite annoying event for those directly involved, but definitely a matter of discussion for the entire department. One of the most prestigious Roman wine bars indeed has been at the centre of the attention for several months because it experienced the monitoring by the Ministry of Agriculture. The results of the evaluation showed the inability to use the words “Natural Wine” on the labels of some wines on display for sale. The buzz derived from this incident has only increased the interest and curiosity of many ‘enonauts’ who have had much to read these days! Here below some references:

As association, we feel at the centre of the debate and as a consequence we want to have our say. At current, The Natural Wine movement is continuously growing. The number of new supporters is increasing, particularly among young people, for what concerns both the world of production and fans; that is why we believe that our work is essential to meet those who feel part of this strong movement.

The term Natural has been strongly criticised, because there are differing opinions on the terminology to be used to identify a product like wine. Many people support the idea that the term Natural is not appropriate, as Nature itself does not produce wine, rather vinegar. We might add that this statement is incorrect because nature does not produce vinegar, rather it focuses on producing seeds, thus grapes, ensuring the reproduction and genetic improvement of the species.

It is then clear that the production of wine (or vinegar) needs the hand and wisdom of human beings. Indeed over the years farmers have learned to live with the vineyard and benefit from it. We could open another endless debate, but we must bear in mind that man too lives within the ” nature framework,” thus, the important thing is to know how to respect it the most! 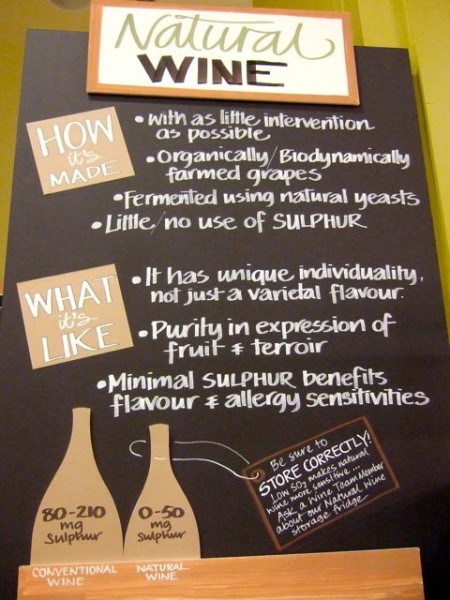