Protecting the consumer from “fake natural wine” and unwanted pesticides is not as simple as it may seem. Self-certification from wineries that they abide by the VinNatur Production Regulations (approved in 2016 and recently updated, after the latest AGM) has shown itself to be insufficient.

Here’s an update on where we’re at.

This year, pesticide analysis were performed on 85 wines, compared to 67 last year, collected secretly during the VinNatur Tasting in April and the Workshop in May. This screening, carried out by the Vassanelli Lab in Bussolengo (VR), looks for the presence of 211 active principles of pesticides or fertilizers used in conventional agriculture, as well as the quantities (total and free) of sulfur dioxide used.

“Next year we will aim to perform tests on the wines of 100 wineries,” says Daniele Piccinin, vice president of VinNatur. “It is important that producers understand that these controls are being used in their favour, not as a kind of punishment or trap, because they give the possibility to identify any mistakes being made and to remedy them. The dialogue that ensues if pesticide residue is found is almost always constructive. We are increasingly convinced that this work, together with Valoritalia checks in the vineyard and in the cellar, are the only way to give the consumer a serious guarantee.”

In fact, these analyses will soon be accompanied by inspections in the vineyard and in the cellar that will be carried out in the months of September, October and November by the Valoritalia control body on approximately 50 wineries, to verify compliance with the directives indicated in the Association’s Production Regulations (click here to consult.) The laboratory analysis and the inspections are two different tools for VinNatur and its members to achieve a single goal: to guarantee the naturalness and wholesomeness of the wine produced.

Unfortunately, of the 85 samples, there are 4 wineries in whose wines pesticide traces have been found this year. Three of these stated that they had bought grapes from third parties, because the conditions that particular year had been unfavourable. During the discussion with the respective producers, it emerged that the cleanliness of the grapes purchased had not been examined… a problem that will be solved for next year by a subsequent analysis, and also through the collaboration with Valoritalia. The fourth winery, after a long discussion, was instead removed from the Association as pesticides had already been found in its wines in previous years.

To find out more about Valoritalia, you can read the article in the VinNatur Magazine Issue #1 where we have dedicated two pages to explaining the collaboration. 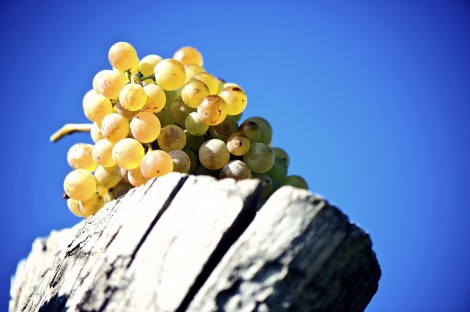